I am very sure you have heard or use a reverb effect multiple times in your music projects, and if you haven't used it in your projects, you've come across it on most occasions, but you aren't aware it's a reverb.

Before we dive into the best free reverb vst plugin, let me briefly explain what a reverb effect does, you can skip this section if you aren't new to reverb effects.

Reverb is the simulation of the sound of space. This space could be your bathroom, a small room, concert hall, chamber and so on. For example, the sound is different when you clap in the bathroom vs when you clap in a concert hall and this is because the spaces and the reflections build-up are different in each room, the larger the room the greater or wider the reverb, the smaller the room, the lesser the reverb.

Why Use Reverb Effects?

Since we know the importance of using reverb, I would be recommending some of the best free reverb effects plugins in the music production scene right now. 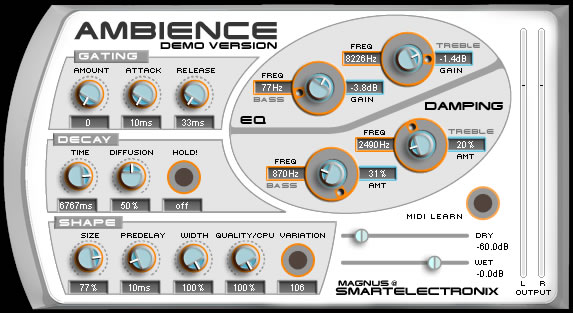 A friend recommended Ambience to me a few years back, and the moment I tested it, I was literally blown away.

One of my favorite features of Ambience is the hold parameter which smartly freezes the reverb tail until the button is released or you can think of it like freezing the reverb effect in a suspended state.

You can use this for creating a reverse reverb effect, special effect and you can even automate the knobs.

The ambience is a donationware plugin. You get a nag screen with no limitation, and if you love the plugin, you can donate to the developer.' 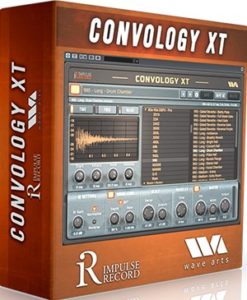 A free convolution reverb from Impulse record, in case, you aren't aware, convolution reverb uses software profiles to digitally simulate the reverberation of space, and uses a pre-recorded audio sample of the impulse response of the space being modeled.

This is exactly how Convology XT works, the impulse-response recording is stored in a digital audio signal processing system, and then convolved with the incoming audio signal to be processed.

Convology XT comes with a free 70 Vintage Reverb Impulse Response Files. If you so wish, you can also purchase more impulse responses from the Convology XT library, other than that, it is absolutely free with no nag.

Also, it features an intuitive interface to browse through the libraries, allows you to quickly test run presets and audition on the fly while the music is playing.

I didn't mention it supports both WAV and AIF files right, well, now you know. I don't know if you've ever imagined using stretch (long reverb) when using a reverb plugin, Convology XT doesn't only include Stretch, you also have an option for decay time scaling, EQ, frequency-dependent decay time scaling, time reverse, and amplitude envelope.

The Freexechamber is a free reverb plugin by Synthescience for simple reverb effects.

I sometimes use this in place of Ambience plugin if I want to play with the Freeze switch, the switch enables the user at any moment (while the Verb is processing) to Hold the process into a suspended state.

It comes with few presets, which can be used to lay down quick ideas.

Modern Spacer is a plugin by Antress which comes in 2 versions, silver or black, each offering the same parameters:

This is the light version of the original DX Reverb. The light version contains only one simplified algorithm of the 11 available algorithms in the full version, even with the limitation,  DX Reverb Light can be handy for a quick reverb effect.

I don't know if you ever notice undesirable reverb effect when used for longer reverb sounds, it sounds frustrating some times, with Abstract Chamber you can create a longer modulated reverbs whole also maintaining a natural yet abstract spatial impression.

It only supports VST 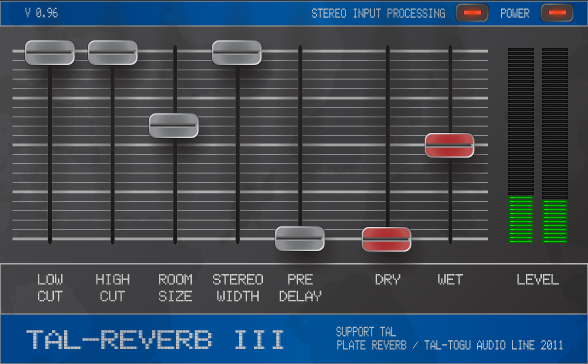 TAL-Reverb 3 is designed to be used as a stereo plate plug-in, which is the replacement of its predecessor (TAL-Reverb-II). This new edition has several improvements such as an optimized GUI and some changes in the reverb algorithm.

Voxengo plugins have been my best and ready to go plugin for my music production toolbox.

“The Voxengo OldSkoolVerb is best used for a non-percussive and soft-attack sound like vocals, piano and pad sounds”. 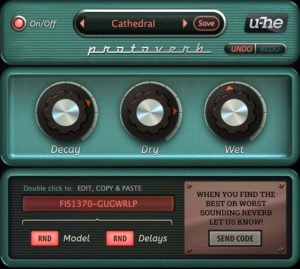 Protoreverb aids as reverb research for u-he, and now, they are releasing it to the public for free. It is an experimental plugin that is based on a room simulator reverb.

Most algorithmic reverbs try to avoid resonances or model the reflections of sound from a room’s walls. Protoverb does the opposite. It builds up as many room resonances as possible, modelling the body of air in the room. No need to modulate or colour the signal.