I recently deep-dived into the various types of headphones, the advantage, and the drawback of each type.

What I didn't mention is the means of connecting the headphone.

In this guide, we would look into the types of connection you can use with your headphone and an explanation for each, let's get the ball rolling...

There are two ways you can connect your headphone, you either connect through a wire, or you go wireless (hands-free).

Let's get to know these buddies.

These are the standard and are the ones that come with a cable. The most common wired connectors are the 3.5mm mini-jack or headphone jack and the 6.35mm jack, which we would look into in a later section, keep reading.

Wired headphones are the first choice among audio professionals/audiophiles because you can transmit lossless audio, which results in higher sound quality and a consistent audio signal, does that mean if you get the right wired connector, the quality of your audio would sound superb?

The first and foremost thing is getting a good pair of quality headphones; for example, an Over-ear open-back headphone would always be the best among audio experts in terms of fidelity.

Open back tends to sound natural and gives a speaker-like sound, so don't just think about the wired connector.

If you are a music enthusiast, where fidelity isn't of utmost importance, then a closed-back headphone would work quite well also.

Another benefit of using wired-only headphones is that you don't have to worry about charging, which makes them cheaper.

The reason you don't need to charge them or need a battery is that the wired headphone get the power from the device you plug them into (computer, mobile devices, e.t.c.).

The power has been sent to the audio jack and has a lower impedance, which makes them driven very easily by computers or even mobile devices.

Think of the small speaker inside your headphone as an engine, and the fuel to move the engine are the audio signal supplied through the headphone jack.

However, using wired connectors comes with its drawback, the major disadvantage of using wired-only headphones is that the cords tangle a whole lot (in a situation where you have to move around while listening to music or audio from your headphone).

Another common drawback is the wired connector breakage/damage.

Luckily enough, you don't need an expensive jack to enjoy the high-fidelity sound, and cable damage would likely occur if you choose a quality jack.

In the case where breakage occurs, you can always opt for another one.

I won't go into the technical difference between the two, but you would get to know which to use in a different situation.

3.5mm - This type of jack is commonly referred to as a mini-jack or min-phone and sometimes "1/8 inch".

You would mostly find this type of jack used with portable devices, laptops, personal computers, camcorders, and any other consumer electronic device.

If you don't have high-end headphones or you aren't connecting to amps or even audio equipment, then a 3.5mm jack is fine.

There is no difference in sound quality (or at least, no noticeable) between 3.5mm and 6.35mm. The only difference is that 3.5mm is standard among smartphones, and they are smaller than the 6.35mm jack.

More: Read About The Guide To The Types of a Headphone Jack

6.35mm - This is also called a quarter-inch (1/4) jack, this type of jack is a more standardized connector for audio equipment/amps, if you are going for a high-end headphone/connecting to amps/audio equipment, then you would most likely use this.

Nevertheless, you can always go from 3.5mm to 6.35mm and vice-versa, so in cases, your devices don't have the 3.5mm, you can still use 6.35mm as an adapter and vice-versa. 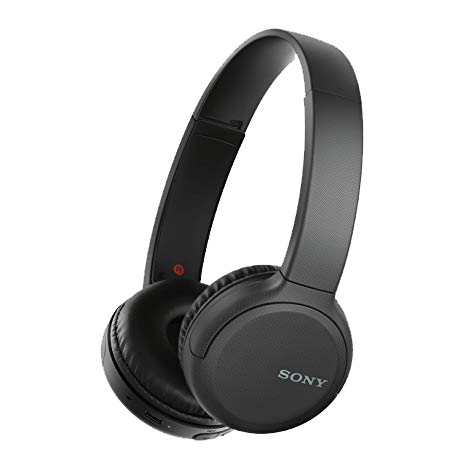 While wired headphones could be considered the best in terms of sound quality (at least presently), there isn't much freedom using wired headphones; your jack/cable would always marry your device if you are moving and playing music on the go.

This is where the wireless comes in, you are entirely off the wires (you go wireless), and hence, you have the freedom to listen to music as long as the distance between the headphone and your device isn't too far (this depends on the wireless technology been used, which is covered below).

To use a wireless type of connection, you need a strong, lasting battery to power the headphone. The caveat is, when the battery is down, you won't be able to enjoy the wireless freedom, but you could always recharge the battery.

Without going into too much techy stuff, wireless headphones are headphones that connect to a device (TV, gaming console, computer, smartphone, and other electronic devices) without using a cable or wire.

They work by transmitting audio signals through either infrared(IR), Radiofrequency, or BlueTooth wireless technology, which is developed as a means of connecting wireless headphones to mobile devices.

Infrared Headphones - This type of headphone is based on line-of-sight technology, meaning it doesn't work when there is an obstruction (e.g., a wall), it needs a direct line of sight for connection to be paired, and the range with which you can connect is minimal.

This is the same technology used by Tv remote.

Radio Frequency Headphone - This type allows the most extended range of connection (about 300 ft), they aren't restrained by walls and ceiling, and can connect about 100 headphones to an RF transmitter.

The drawback of this type of headphone is that they aren't that portable, and you'll most likely need a base station to connect your headphones. An example is the Sennheiser Rs series; the difficulty is finding a source and destination that both support the technology.

This is one of the reasons you will find them used mostly with Tv or in the gym, which brings us to...

Bluetooth Wireless Technology - This is the most common wireless technology in the headphone, and you'll mostly find a device equipped with a BlueTooth chip, which accommodates the BlueTooth radio and the application that makes the association between devices possible.

This is an evolving technology and with the rise of Bluetooth 5.0 or BlueTooth apx, which offers high-quality audio(328kbit/s). Although this is still not at the level of CD quality yet, I doubt you will hear any differences if you are used to Mp3s.

Which Wireless Technology is Right for me?

If, however, you would be connecting multiple headphones at once or you want to make a connection to your Tv or even for use in a recreational center, or gym. You can go with an Rf headphone but bear in mind that an Rf wireless headphone needs a transmitter to transmit a signal from your Tv/audio device to the headphone.

Note: The transmitter is also known as a docking station.

Rf headphones aren't portable as you need to find a source and destination that supports both technologies, unlike BlueTooth, which is mainstream, so, choose smartly!