The difference between using a Kontakt Piano Instrument and a VST piano is that Kontakt is a sampler, which means Kontakt Library manufacturers can create digital instruments by using audio they've recorded (for example, a Kontakt Piano instrument manufacturer would sample the entire note on a physical keyboard for a different level of velocity qualities of attack, and more advance effects to get a similar tone of the real piano instrument, so, in most case, you won't notice much difference between them).

On the other hand, a VST piano can either go by using physical modeling (Model the physical properties of the instrument, and calculate how it'd sound) or synthesizing (This type generates a waveform (Sine, Saw, Square wave, etc.) and combine them, and then routing to the filter section for subtraction and addition of frequency and other effects to result in a distinct waveform that represents the sound that you are imitating. E.g. a piano sound, flute, lead, etc.).

Which you go for doesn't really matter, however, most people prefer sampling for piano because it imitates the real piano instruments in such a way you would likely tell any differences from the actual instrument, I would argue that the physical models are good too, I'll be writing a review about some of the best physical modeled piano in a future guide.

That said, here is a rundown of the best free and paid recommended Kontakt Piano library, I will also give you valuable information about each of the recommended piano libraries, good luck, and let's get started...

Note: These are the current prices as of the time of writing this review, so, they might change. 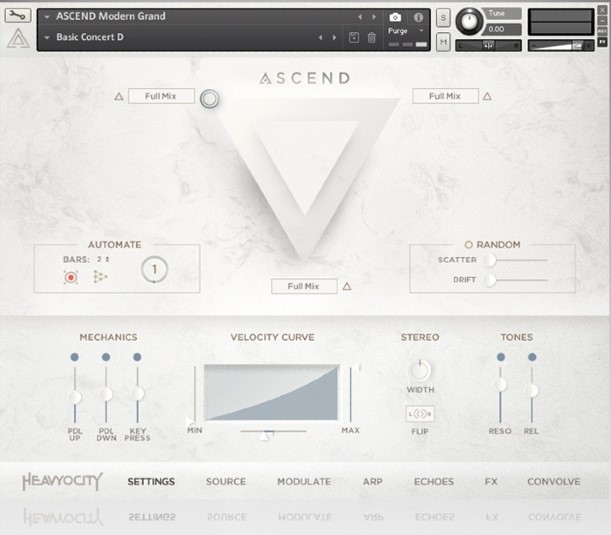 ASCEND is a modern grand piano by Heavyocity, it is a virtual emulation of a 9-foot Concert D, and the Heavyocity team chose to deeply sample this specific grand piano because of its outstanding warmth, depth, and detail. This is the cinematic composer’s opportunity to play one of the finest pianos Heavyocity has ever heard.

Another great feature of ASCEND is its engine, the engine includes a collection of rhythmic convolutions and dozens of layerable sources and FX. The highly flexible Three Point Mixer provides instant inspiration, and the proprietary Echoes feature accompanies your performances with lush musical randomness. 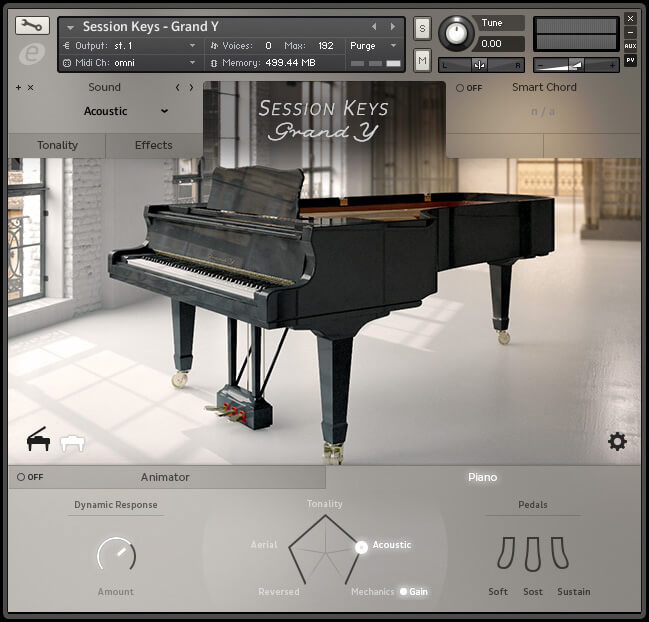 Session Keys Grand Y aims to capture the transparent and dynamic sound of the Yamaha CFIIS Concert Grand Piano, and they did an outstanding job on this one. It was recorded with an open lid as well as with the lid removed, and separate miking techniques, this resulted in two distinct piano sample sets, the first one is the "Concert", which is favored in classic recordings, and the other is "Studio" which is more generic and could be used across any genre of music.

When something is deconstructed, we would say, it is properly analyzed, or perhaps, reduce (something) to its constituent parts to reinterpret it, and this library isn't different. The Deconstructed Piano is built by disassembling a piano from its soundboard, Cinematique Instruments which are the makers of this library played hit, stroke, and destructed the piano with a wide range of materials. Additionally, they incorporated a regular piano hammer, different kinds of mallets such as felt or woolen ones, screws, plecs, sticks, thumbs, and even straws to coax new inspirational harmonic sounds from the instrument.

Deconstructed piano is a great collection of sounds, noises, and textures exclusively created with a piano. It convinces with its diversity. No matter if you are using the powerful short hit from a metal bar, using the gentle screw piano sounds to give your music a subtle highlight, or using the massive strike sounds to create great impacts, the Deconstructed Piano adds a new color to your sound.

The Piano: This is the basic instrument, It delivers three different sound categories with eleven piano sounds in total. By dragging, you can control the volume of each sound. It gives you the possibility to combine and create your instrument setting. Besides an attack and decay slider, the instrument provides a button that randomizes the volume of each of the 11 sounds which results in new sound combinations. The patch also includes an FX section in which you can choose reverb, delay, distortion, and an EQ. 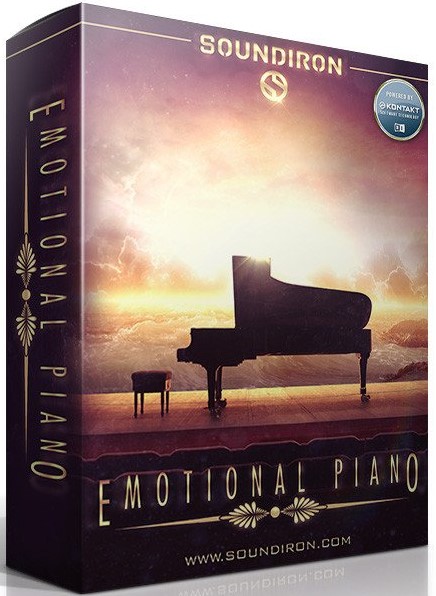 If you are interested in professional soundtrack scoring, songwriting, and even symphonic orchestration, then the Emotional Piano is a legendary virtual grand piano that is designed for your use cases. It's the perfect paintbrush for lush and emotive arrangements. Emotional Piano is also equipped with a huge selection of uniquely sound-designed custom presets and effects patches to give you an extraordinary range of sonic flavors and creative tools.

The interface is intuitive and gives you complete control over the piano sound, it also supports a fully-configurable multi-FX rack and intuitive sound-shaping features. The FX rack provides you with a 10-bay modular chain with full routing control and a selection of 18 of Kontakt’s best built-in DSP effects to choose from. You can arrange the effects in any order and save your own presets for later. You can also choose from the dozen of Snapshot Presets that cover common use cases and provide lots of new creative possibilities. 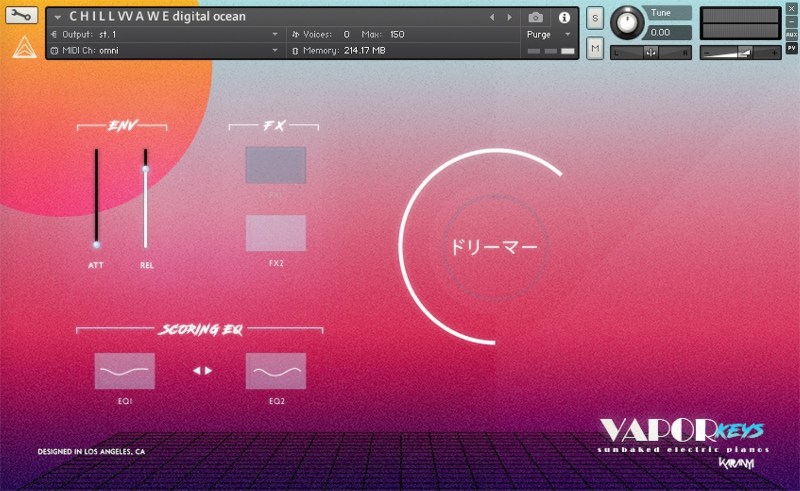 This is one of my favorites, it is a collection of outstanding FM Electric Piano sample libraries plus an inspiring collection of dreamlike keyboard instruments for Kontakt. It can sound sweet and naive, bright, bold, harsh, trashy, lush & sexy, spacy, or even dark and gloomy. Vapor Keys includes 3 deep-sampled classic and modern FM, algorithmic, and wavetable synth sources in 1 pack.

Vapor Keys is inspired by classic movies, and the collection is divided into two distinct parts, one is "Electric Piano" and the other is "Vapor Keys"

The Electronic Piano features dry, multi-velocity sampled instruments with classic EP presets from vintage FM gear with 2 effects/patches: a detuned chorus and a phaser, while the Vapor Keys are heavily sound-designed keyboard instruments with dry and wet signals mixed from various FM pianos, other synth sources, and reverb gears. The Vapor Key patches are great for chords, arps and shorter soundscapes. 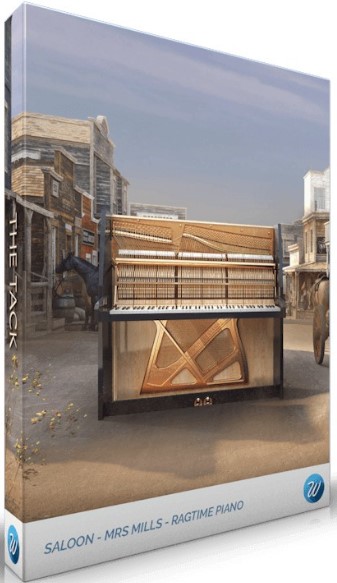 The legendary superstar “Alicia Keys” in collaboration with Sample expert “Thomas Skarbye” (which is better known as scarbee) has both created an award-winning Virtual Piano that comes from Alicia’s Keys very own Yamaha­™ C3 Neo Grand Piano.

This is a unique soulful sound that has become one of the best Kontakt Library instruments in the world. Alicia Keys was sampled from her playing, recorded, and supervised by her trusted engineer, “Ann Mincieli”, in her very own music studio.

A-200 is a Kontakt instrument by Thoma Skarbye that delivers an unrivaled natural reproduction of one of the most sought-after electric pianos in the world.

Over 2, 000 samples were recorded in 24-bit resolution with each of the 64 keys sampled at 16different velocities, giving the user ultra-sonic edge content production samples and also great capabilities. 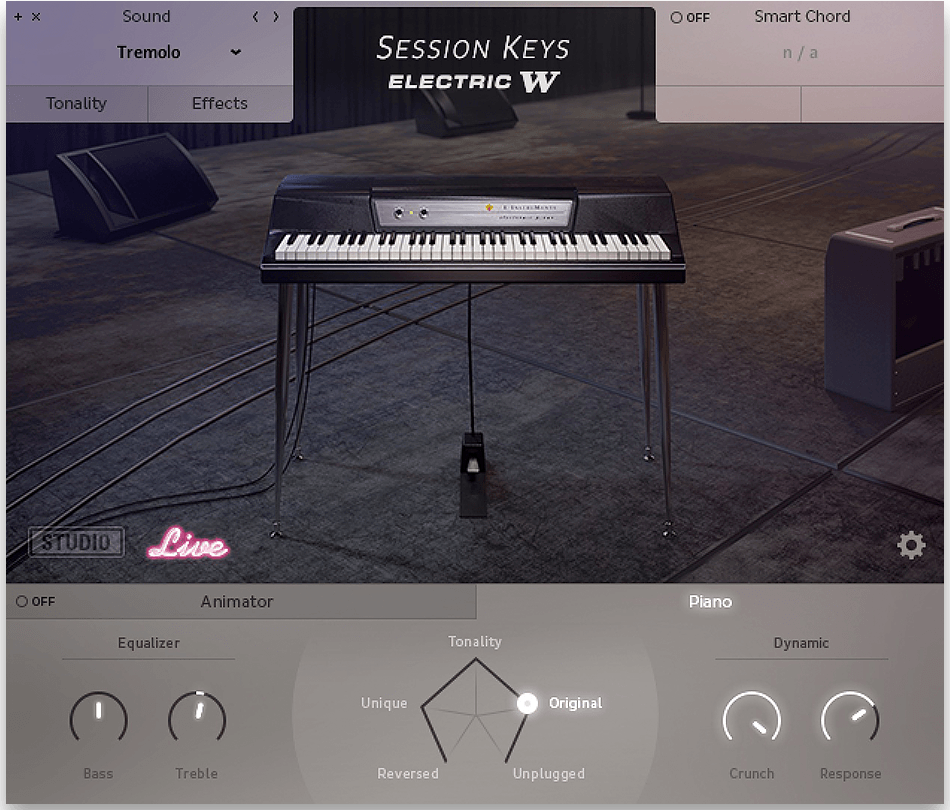 Also, you will find over 440 ready-to-play riffling in Session Key ElectricW, from RnB to Pop professional playing, and many more genres and styles as the engine of the Animator.

This sample library requires a full version of Kontakt to run, and not for the Kontakt player, if a user is looking for a completely free option, download the SFZ version and load it into a free sample like Plogue sforzando. This Library is sampled from Yamaha grand piano, close-miked in stereo, and has a total size of 200MB.

Amore Grand Piano has a three-intuitive page GUI and is easy to understand with controls for decay, EQ, IR reverb, Delay, and Keyboard response.

Note: No registration is required to download this file

Upright 1 is a VST/AU, and also a.NKI for the Kontakt library, it is a clean sampling of an upright piano with a broad dynamic range and a bright, clear tone.

This library has been the best I have ever seen free of charge, well done to the guys at VersilStudios.net.

Note: No registration is required to download this file