Just like chorus and flanger effects, a delay effect is also a member of modulation effects, where an audio sound is modulated by adding a time-delayed version of the sound to itself and then varying the size of that delay over a specific period of time.

The way delay work is by taking an input signal to a storage buffer (it keeps the input sound in memory), and then playing it back at a later time as defined by the delay time, which is otherwise known as an echo effect.

Delay can add interesting vibes to your mix, consider the following example:

Here is a drum loop I am working on, I love how the element sits together, but, I'll love to add some kind of delay to the clap to make it sound more groovy, here is the before and after:

Believe it or not, this is all done with delay, and I use it heavily when creating groovy drum loops, this just shows you how wide you can go with using delay.

Here is another example using a vocal, I added delay automation to the end portion of the vocal sample:

I can go on and on, but I'll leave the rest to you, having said that, let's dive into the best free and paid delay VST effects plugin I have ever come across, starting with...

EchoBoy is the collection of numerous, and classic echo devices in one clean cutting edge interface, if you want an echo that just works right off the box without fiddling with tons of knobs, then this is your go-to plugin.

The interesting thing about this plugin is that it features 30 built-in styles modeled on vintage gear, so, no matter the track you are working on, you’ll find an echo tone that fits with the mix, for example, you’ll find classic echo box tones, including EchoPlex, Space Echo, Memory Man, DM-2, and the TelRay oil can delay.

EchoBoy is not any delay plugin mate, you can achieve an endless possibilities with this plugin, and thank goodness, they’ve loaded it with super awesome rhythm. Simply switch EchoBoy to Rhythm Echo mode for a new experience entirely. In this mode EchoBoy lets you select the rhythmic timing of up to 16 repeats. Rhythm Mode is like having a tape echo with up to 16 read heads (or “taps”).

You can add taps to the Rhythm Editor graph, control their timing, and sculpt their loudness curve using the Shape control. Rhythm Echo mode is a unique take on delay effects that might just become your new secret weapon in the studio.

All version 5 Soundtoys products come with 64-bit VST, AU, and AAX Native plug-in formats. Here is a list of all of the DAWs (Digital Audio Workstations) that we currently support:

Get EchoBoy by Soundtoys 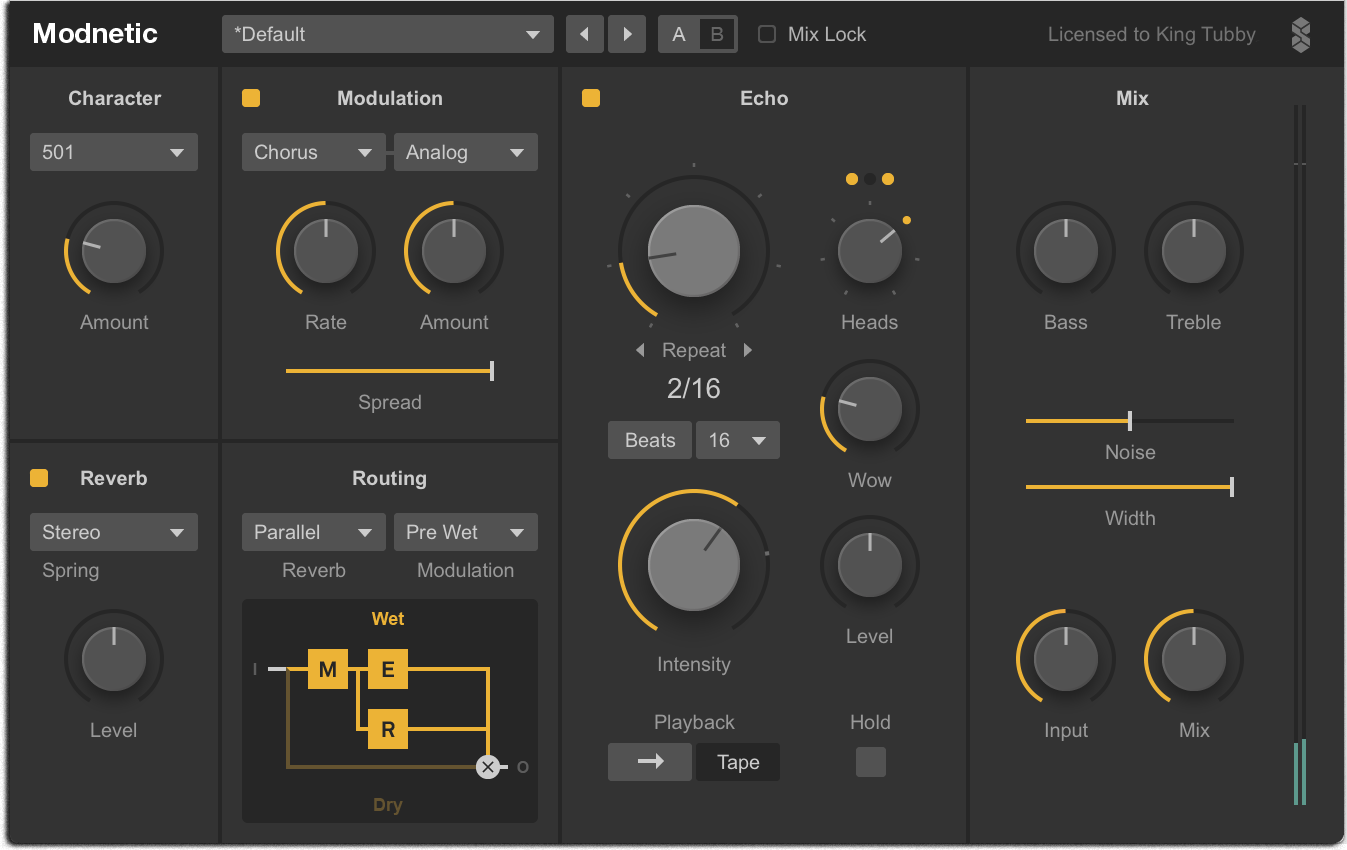 Also, it features a classic digital phaser, reverse tape, and clickless real-time routing options that is also built solid enough for live performance as well as to transform your studio.

Modnetic has been optimized from the ground up for better quality and performance, as well as a wider and new set of sounds.

Get Modnetic by Surreal Machines 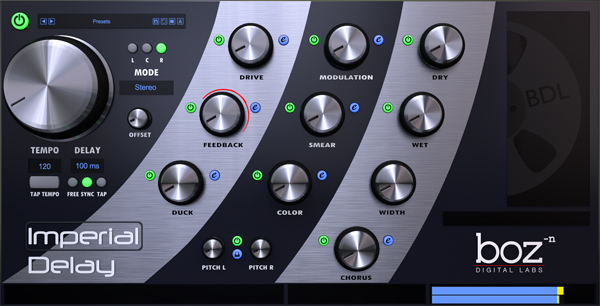 Imperial Delay is designed to be simple and as well versatile, it gives you full control over every nuance of your delay but does so in a way that doesn't get in the way of your creative side.

It features a built ducking (sidechaining) where the direct signal brings down the level of the delay effect to avoid mumbling of too many frequencies. Also, you get dynamic feedback, which has two levels of feedback, level-dependent on the loudness of the input signal.

One of the features I really dig is the Pitch function, this gives you the ability to independently detune left and right channels. It can create interesting effects, as well as doubling. In subtle amounts, it enhances stereo width without phase issues.

The smear knob provides a low-pass filter effect for placing the delay signal deeper into the background, with the effect applied progressively with each feedback pass. 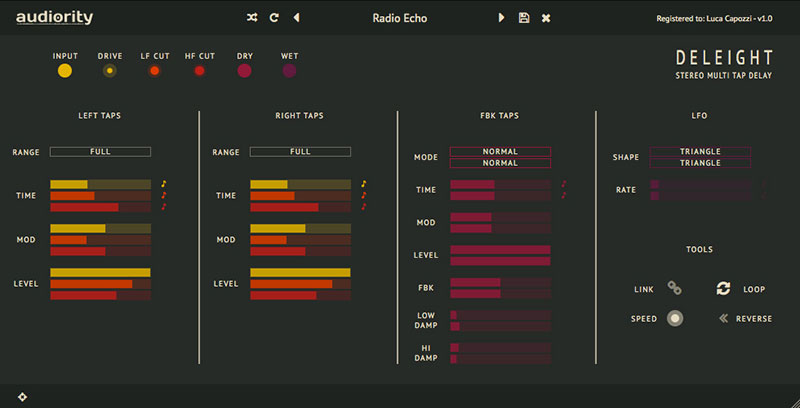 Deleight by Audiority is a stereo multi-tap delay processor that is based on a '90s digital delays hardware processor.

It does more than just a mere delay plugin, it features multiple delay-based effects, whether you want super simple echoes to multi-voice choruses, flangers, doublers, early reverbs, and more. Enable Loop mode to set Deleight as a looper device, with Speed and Reverse controls, to create special effects and textures.

One feature worth mentioning is the Loop mode, you can create amazing effects with this function, also, it supports loop mode with speed as well as reverse controls, this would be awesome when used together with an automation clip. 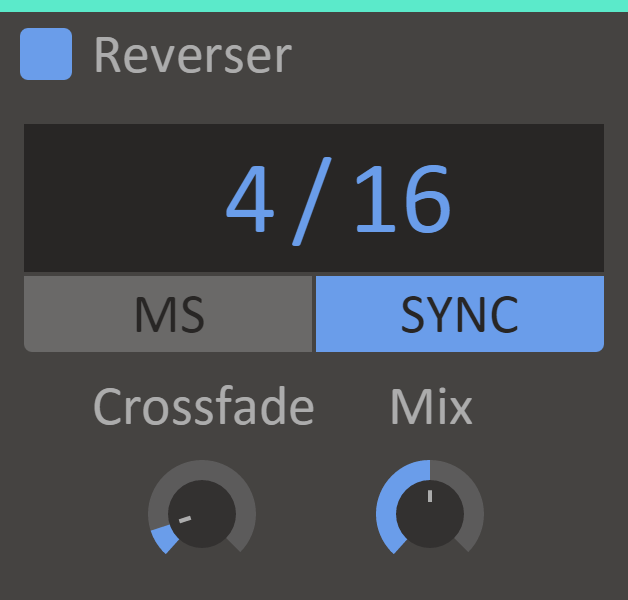 This is a simple and superb plugin by kiloHearts, Reverser does a delay and a reverse section of the input sound, this is particularly handy when you are either trying to break into sections in your music arrangement.

You can either use it as a regular VST/AU plugin, or you can use it with kiloHearts snapin hosts Multipass and Snap Heap where you can combine effects in amazing ways.

Get Reverser Snapin by kiloHearts 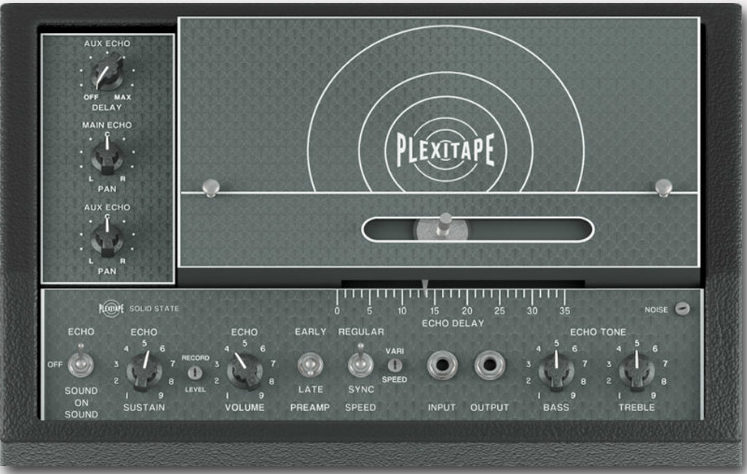 PlexiTape is a clean emulation of a vintage tape echo that made "THE SOUND" of the ’70s for its tone and reliability. Audiority modeled the full mechanism of the original tape echo, e.g the motor, tape, FET preamplifier, heads, and even the infamous “Sound On Sound”.

SOS allows you to use bypass the echo and therefore use the tape as a looping recorder. 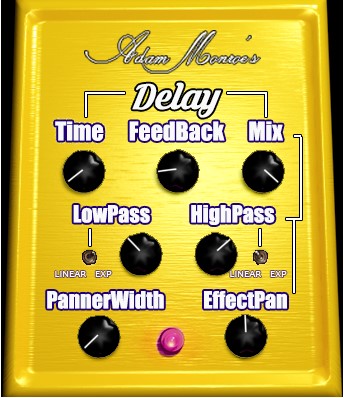 Adam Monroe’s Delay is a free delay VST/AU/ AAX plugin. It features traditional delay parameters such as time and feedback, as well as high/low-pass filtering and synchronized ping-pong panning.

It supports both 32 and 64-bit versions: 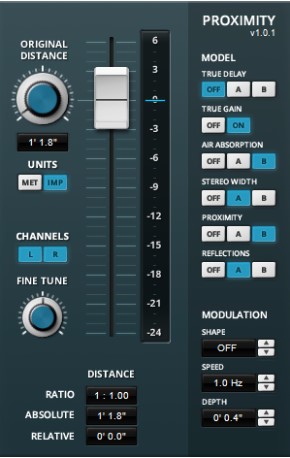 Proximity is easy to use delay plugin based on several psycho-acoustic models. The idea is to give mixing engineers a reliable tool for manipulating the depth of several sound sources in a straightforward and convincing manner.

It is available in both 32 and 64-bit versions for Windows and Mac OS X in VST & AU format. 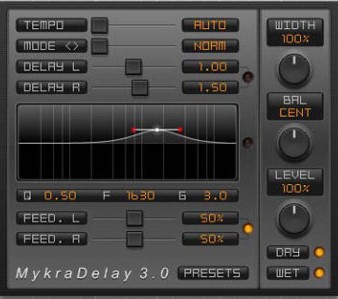 MykraDelay is a discontinued delay plugin by Mykrawaves and comes loaded with tons of features for delaying purposes.